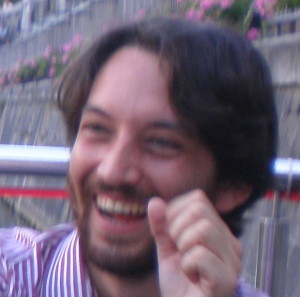 I am full professor of health and social data science, with a joint appointment at Utrecht University’s Department of Methodology & Statistics, and the department of Biostatistics and Data Science at the Julius Center, University Medical Center Utrecht (UMCU).

My research focuses on data science methodology, in particular the problem of measurement in the social and health sciences. To draw accurate substantive conclusions, applied scientists need to measure things like human behavior and opinions reliably and validly. Where this ideal is unattainable, the extent of the problem should be known so it can be accounted for in the substantive analysis. My research has contributed to this by:

From 2006–2011 I worked for the European Social Survey (ESS). As a member of the group in charge of the evaluation of question quality in the ESS I worked on multitrait-multimethod (MTMM) models. At first (2006-2008) we were at the methods department of ESADE, Barcelona, after which we became the Research and Expertise Centre for Survey Methodology (RECSM) at the Universitat Pompeu Fabra (UPF) in Barcelona. During this period I often represented UPF in the central coordinating team of the ESS.

In January 2011 I obtained my PhD in as an external candidate at the department of Methodology and Statistics of Tilburg University. My thesis was entitled “Measurement error in comparative surveys” and the promotors were Professors Willem Saris, Albert Satorra, and Jacques Hagenaars.

Continuing at UPF I worked on a new version of the Survey Quality Predictor (SQP 2.0), a program designed to predict the quality of a survey question from its characteristics such as the number of categories, presence of a “don’t know” option, linguistic complexity, etc. Some results from that work can be found here, and the program is online here.

After this I had the pleasure of being a visiting professor at the Joint Program for Survey Methodology (JPSM) at the University of Maryland, teaching experimental design. During this period I also worked on comparability of survey results across groups.

In January 2012 I joined the Methodology department at Tilburg to work on a project funded by the Dutch National Science Foundation on stepwise latent class modeling.

On 17 July 2014 I was awarded a Veni grant from the Dutch national science foundation, NWO, for the period 2015–2018. On 1 January 2015 I joined the Methodology department as a tenure track assistant professor (tenured 2015).

On 1 September 2016 I joined the Methodology & Statistics department at Utrecht university as an associate professor Data Science methodology.

On 15 July 2021, I was appointed full professor of data science for healthcare, with a focus on cardiovascular health – jointly between the Utrecht University Faculties of Medicine and Social & Behavioral Sciences.